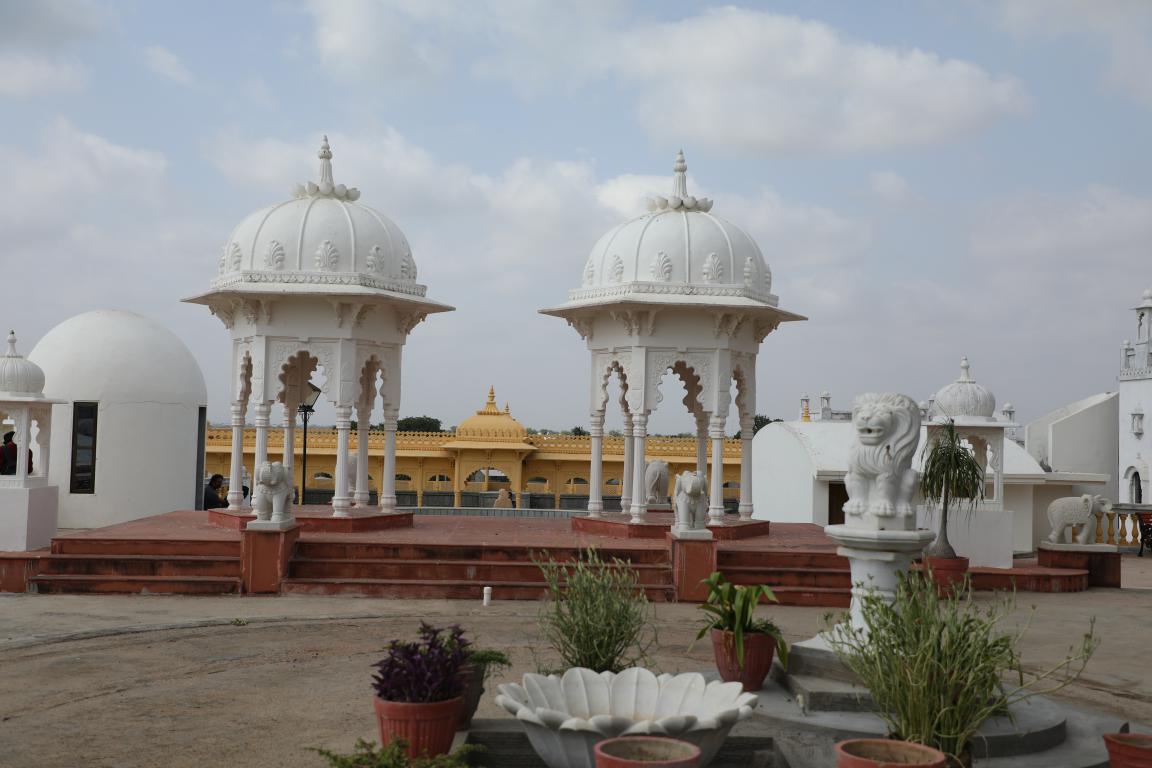 Palanpur in early times is said to have been called Pralhadan Patan, founded by Pralhadan Dev. It is said to have been desolated two centuries before the beginning of samvat era (57 B.C.). It was afterwards repeopled by Palansi Chauhan from whom it took its modern name. The Chaulukya dynasty ruler Jayasimha Siddharaja of Anhilwad Patan is believed to be born in Palanpur, His mother Meenaldevi built Pataleshwar temple dedicated to Lord Shiva. Palanpur is the largest city and the administrative headquarter of Banaskantha district in the Indian state of Gujarat. It is circled by hillocks in the close vicinity of Aravali mountains. Palanpur's ittars are popular for their fragrance and earned the nickname “ city of flowers “ to the town. Once upon a time palanpur became well known for gujarati ghazals and poetry. Dairy, textile,diamond polishing and marble are the major industries of Palanpur. Banas Dairy is Asia's No.1 in milk production.